My head is empty of poems;
instead it’s full
of Shakespeare,
trying to hold on to
my lines even though
the run is over.
I found myself
running some of
them today for
no other reason
than to see if I
could do it. My mind
is full of The Flaming Lips
because I’ve been
listening to them again
almost non-stop
and that’s why I’ve
made no progress
toward the G section
of the collection.
My head is full of
excitement about
drumming again.
And it’s full of dread,
too, because of
how behind I am
in my grading
as a result of that show
that sucked up
all my spare time
and for which I
have no regrets
because I am sure
that the sacrifices
I made in teaching
to make room to do
a Shakespeare play
more likely than not
made me a better teacher.
Sometimes I believe
(or know) that grading
is the least important
part of what I do and
that acting, drumming
and writing poems, all
those things that are
best for me, are also
the best things I could
be doing for my students.

#158: Shopping for Records on the Anniversary of Paul Revere’s Ride 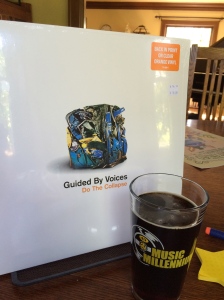 On the 240th anniversary of Paul Revere’s ride,
I ride to Music Millennium for Record Store Day.
I wait in line for an hour to get inside
and while I wait I see a former student
of mine whose friend (just along for the journey)
is offered $100 by some dude with an ankle
injury to give up his spot in line.
I give $1, the last dollar bill in my wallet,
to a sad sad man who says he needs
bus fare. And speaking of busses, while we
all wait in line a bus pulls up
with a live band inside–and they do a set
inside this bus with the doors open so
people can hear, a three piece, I think.
There’s a drummer in the bus,
a guitar player who sings, and a bass player
who performs the set sitting on the floor
of the bus with his legs dangling out
the open doors. And the whole time the
bus is idling, you know, because that’s how
they are powering their amps.  They’re
pretty good but the exhaust fumes are
getting to me and I’m pretty happy as I
move farther up the sidewalk and closer
to the storefront doors and away from
the exhaust fumes.  Eventually, all
of us pilgrims are herded inside the store
and along a queue where all of the special
Record Store Day exclusive releases
are on display.  Each person takes his turn
flipping through the stacks in alphabetical
order and the line moves at a snail’s pace
while the rest of the store where one
would do his or her regular music shopping
seems relatively clear of crowd, nearly empty.
We all waited in line for an hour to wait in a line.
I love being here and doing this, one of the few
truly consumeristic pleasures I have, even
though I am underwhelmed by the offerings,
end up choosing only one Record Store Day
special release, a clear orange vinyl pressing
of “Do the Collapse” by Guided By Voices.
Everything else I bring home with me I could
have found on any other day at practically
any old time without having to wait in line
for an hour. New Death Cab, new Sufjan,
an old record sorely missing from my collection,
“Dirt” by Alice in Chains. No matter, I’m still
pretty pleased with myself, having had an
experience, an outing, a very public few hours
of solitude, doing the thing that since childhood
has been one of my very favorite things to do
in the world: shopping for records.

What the original Williams poem is about

which
you probably intended
but nevertheless
sound wrong

Forgive me
they were terrible
so sour
and so far out.

Note:  Dear reader, you can probably tell I’m cheating.  I’ve got to write 10 poems in 6 days to reach my goal of 100 poems in a year.  There may be more of these thieving shenanigans. Apologies.

#88: Why You Should Contribute To Music Millennium’s Kickstarter Campaign 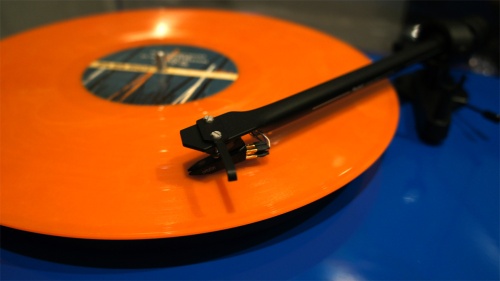 They need a new roof, for starters.
But more importantly,
if you are serious about music
and if you care about the industry
that has brought all of this delight
for so many decades, longer than
many of us have been alive,
and if you’re worried about
independent record stores
being squished by big boxes
and cheap and free downloads
and the new idiot box called
youtube, and if you’re like me,
and love to make a kind of ritual
of your music purchases,
love the smell of incense,
the nostalgia of classic candy
and the guilty pleasure of
an Alice Cooper lunch box
or the jigsaw puzzle version
of The Beatles’ White Album,
and if you love the heft in your hands
of 180 gram vinyl, black,
translucent, red or yellow,
and if you love the idea of all
of this coupled with a glass
of your favorite something,
the musical and alcoholic
version of the bookstore cafe,
then you need to contribute
to the Music Millennium kickstarter campaign.