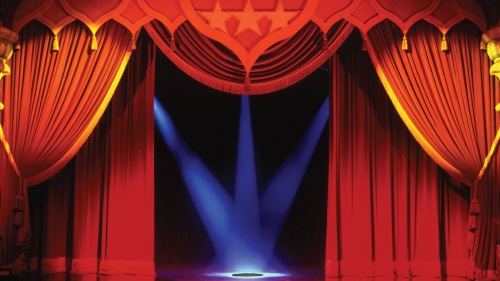 He stirs in the middle of the night, suddenly
certain there are speeches in the play
that he’s missed, didn’t even know
were his, and on which he has not yet
begun to work–days before dress rehearsal.

In his sleep these lines appear
with vivid specificity; he can hear
the words and see the typeface
and they seem every bit as real
to him as “Bring me my longsword, ho!”

He wakes in a panic, is tempted
to get up and run downstairs for his script
to look for this illusive passage
so that he might learn it before morning.
He lies there, eyes open, trying to remember.

Comforted finally, when fully awake,
as he catalogues every scene, speech and line
but then he can’t get back to sleep.
“Ah, sirrah,” he croons to himself,
“by my fay, it waxes late. I’ll to bed.”

He’s already there:
chased by the actor’s nightmare.