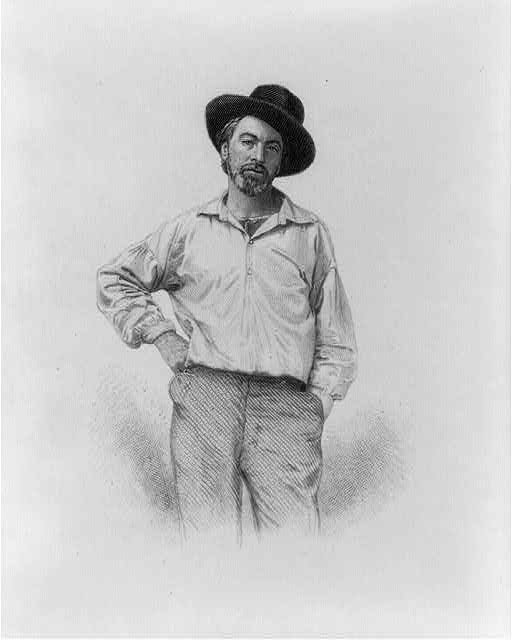 The American Teenager Has A Theory About Walt Whitman

Looking for inspiration for
his own portrait of the poet,
referencing a famous drawing
of Uncle Walt,
hand on his hip, in a gesture
of confidence, I’d say,
with a kind of challenging
and quizzical look in his
handsome, young face,
the boy says,
Was Walt Whitman gay?
And I say,
Well, now that you’ve
drawn a broad stereotype
based on a single pose in a drawing,
based on a single image of the poet,
the truth of the matter is that, yes,
he was most likely gay.
The boy’s portrait turns out
to be a nightmare,
homophobic and offensive,
Walt, rather impressively drawn,
but adorned with lipstick
and eye make-up,
wearing a nurse’s cap.
I’m angry, and displaying the
work to the entire class,
I explain why this one
won’t be on display in
the classroom, how it
is wrong on so many levels,
even getting the stereotype backwards,
assuming gay men must really want to
be women, but worse, attempting to make fun
of the poet’s sexual orientation
by turning him into some kind of clown.
But what truly amazes
me is the boy’s good natured response,
as if in a moment he could actually see
something he couldn’t see as he was feeling
so clever about his apparently accurate theory
about Walt and giddy about his ingenious artistic
representation. He could see
for a moment the wrong turns
of his thinking, the assumptions he was making,
and suddenly for him “weird” became just “different”
and of absolutely no threat or consequence
to the way this boy chose to live his own life.
And in that same moment
I felt I had actually done some teaching.