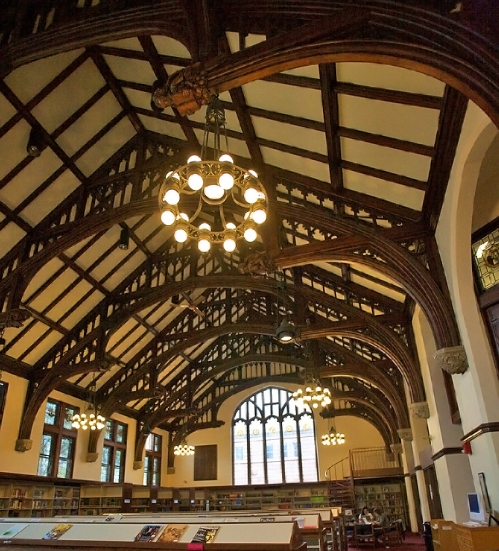 It may just be, for now, that I’m in the wrong zone. On the first night, I was exhausted when I arrived finally in South Hadley from clear across the country there in Portland, Oregon, but I was too excited to go to bed early; I slept fine, but I just didn’t sleep enough. On the second night I just couldn’t get to sleep, period. On the third night I couldn’t get back to sleep after waking at 3:45. I’m hoping that by the fourth night here at Wally Writer’s Camp I will have acclimated my body enough to the new zone that I will finally have a decent night’s sleep. It probably doesn’t help that I’m a middle aged guy sleeping in a dorm room on a mattress designed for young people who just as happily could sleep on a bed of gravel and come away feeling refreshed and ready for prime time. My body is just not as flexible about my sleeping arrangements. It probably doesn’t help that, back home, we finally bought a brand new mattress after sleeping on the same one for twenty-some years and I wish I could have taken it with me. Queen size carry-on? It also doesn’t help that here in this part of the country the sun rises at 4 in the morning and it’s hot.

In keeping with the lame amounts of healthy and regular sleep, I have not been dreaming.  Instead, I’ve been writing fiction.  Today, after breakfast, during which I consumed maybe 4 cups of coffee, I made my way back to the science building to see if I could get back into the fictive dream in my little sky room.  Lo, it was occupied.  No problem, I found my favorite classroom, empty, spacious, full of light, and was able to dream my characters back up again and follow them around, see what they had to say.  Maybe, I wrote 500 words into that dream.  Today, the problem is not how to organize the chaos, which I felt like I had to do before I could move on, but rather, chaos organized and ordered, the problem today is how to move on–almost the scariest part–because in front of me lies essentially nothing, essentially everything from which to choose.  This requires some significant energy. My breakfast of primarily caffeine-based consumables had worn off, and rather than just laying my head down right then and there and sawing some z’s, I made it my mission to find a couch in an air conditioned room somewhere on campus.  I ended up in the library at Mt. Holyoke College.  I found several couches in air conditioned rooms, but none inviting enough, or private enough, for sleeping.  Going back to the dorm on a 90 degree day was out of the question. All of this searching for a place to sleep had the unfortunate consequence of waking me up so that when I finally found my spot, a little nook called The Whiting Alcove on the 6th floor, I was too intrigued by the space, the privacy, how these little table tops sit right over the arms of these soft chairs, and by the curiosity about what it would be like to work in this space, to even think about sleeping there.

So here I am in the Whiting Alcove, napless, losing it again, a half an hour before lunch and then a class I’d like to attend, wrapping up this blog post in which I’ve discovered or revealed nothing about writing, except for maybe that it helps to be well-rested while attempting to do it, and perhaps that writing, like sleeping and dreaming, cannot or should not wait for the perfect space, but must be seized upon, in the moment, however and wherever you are. 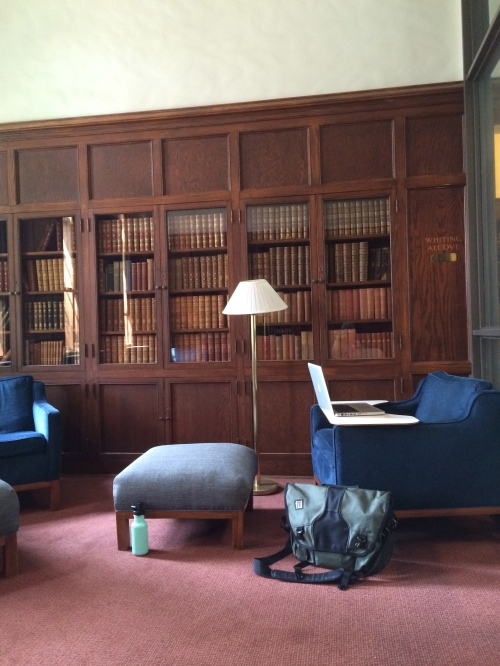 Filed under Writing and Reading