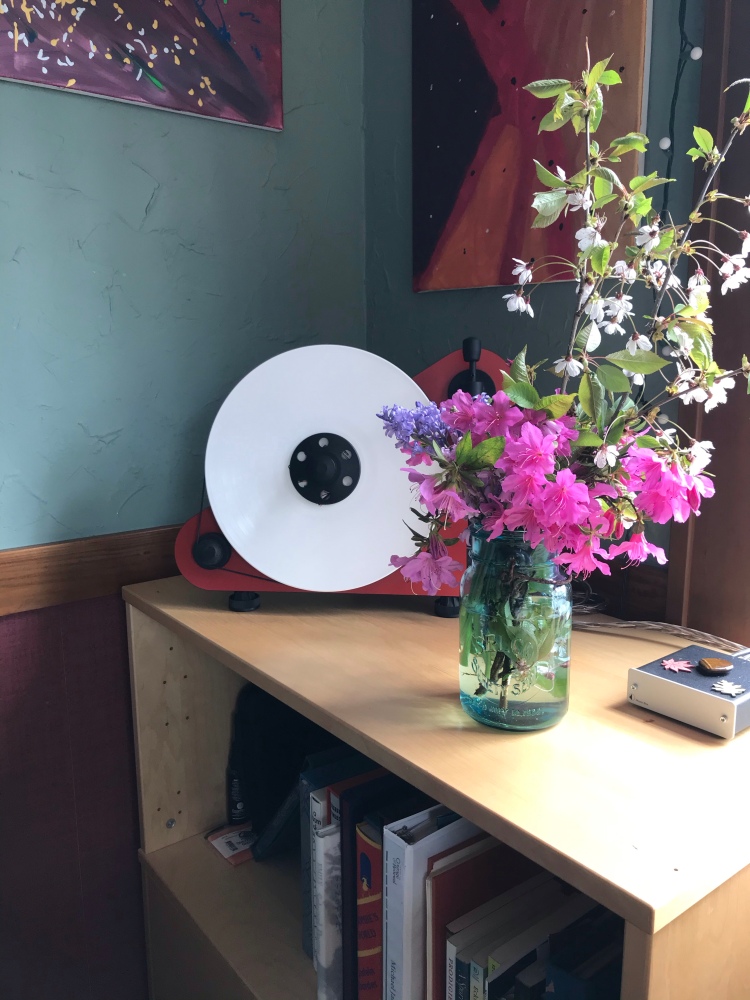 Some very old things are new again,
especially this gem, the turntable.
Certainly, you’re not going to see
a cassette tape renaissance, or,
god-forbid, an 8-track tape revival,
or a home stereo reel-to-real reprise,
or a digital audio tape come-back,
but you are going to see turntables,
turn, turn, turntables. Some old
technology is dead and no amount
of nostalgia will bring it back.
The VHS tape player is dead.
The beta tape player is a goner.
The laser disc is lost and done.
Some superior technologies have
suffered premature deaths for
whatever reason. Some group
of stupid humans simply dropped
the ball. But most dead tech is dead
for good reason. I used to buy
a record, for example, and record
that record to a cassette tape so that
I could put it in my walk-man. Then,
miraculously, I could walk with
that record, or ride, or drive, or fly.
Now, all my records are on Spotify.
I could save a lot of money,
but, for some strange reason, I don’t.
I keep buying records, a habit I
took up again maybe 9 years ago–
and in 9 years, I have acquired
as many pieces of vinyl as I had
when I was twenty and sold almost
my entire collection so that I could
go out with the money and buy a
handful of compact discs, which,
I understand, after spending years
replacing my entire record collection
with these things, is a dying technology.
It’s not about quality of sound.
Then what is it about? It’s about
substance, and aesthetics, and
physicality, and attention, most of all,
an antidote to obsessive multi-tasking,
and a reverence for structure and
appropriate sequence, and sure,
a return to something old–
but essential, something we almost
lost, and still might, but not yet.