On New Year’s Resolutions, Or, On Having Blogged A Bunch and the Dangers of Repeating Oneself 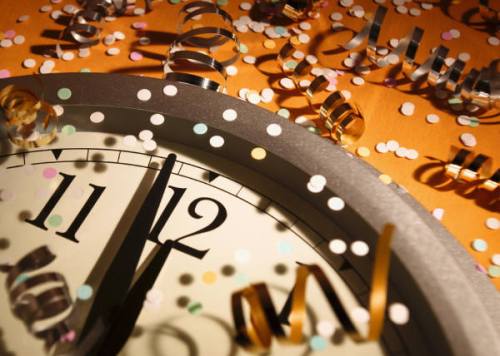 I began composing a blog entry this morning about New Year’s Resolutions.  The direction I was going felt compelling.  I was proud of the opening paragraph.  I was on to something and feeling clever and witty and all of that jazz. I was also feeling a bit of deja vu, like somehow, I remembered writing, if not these very words, about this very topic at least.  So I started doing some research in the archives of my own damn blogsite, and lo and behold, I found an entry called “Of Resolutions,” published exactly 365 days ago today, on December 30, 2012. It made me wonder how many times I have already done this.  In 131 blog entries, how many times have I said the same dumb thing over and over again in just slightly different ways?  Have I become a broken record?  Have I run out of ideas?  After a brief little panic, I come to the conclusion that no, that if in fact this has occurred throughout the annals of my blogging, it is no big deal, because I think it might be possible that some things are worth repeating.  It might also be possible that my memory is not as good as it once was–but I’m sticking to this first possibility.  Some ideas are worth repeating.  Many good ones are.  And sometimes it helps to repackage the same ideas in a new way, for fun, to keep them fresh, to try them out again in a different way.  Other times, perhaps the best option is just to repeat yourself verbatim.  I read that original post of a year ago and I did not find it lacking too terribly much.  So I choose now to repeat myself verbatim, because I can, because these ideas are worth repeating, and because of this recent mini-lecture I found on Upworthy.com by Dr. Mike Evans:

Recent Mini-Lecture I Found on Upworthy.com by Dr. Mike Evans

So, with that, here’s this, again. I’ve only changed a few words so that the thing can be about 2014 and not our current but waning year:

The only new year’s resolution I’ve ever made and then kept was the one I made two years ago to publish my novel Monster Talk in 2012. But I think I was cheating because the decision to do the thing was made before the close of 2011 by a couple of days–so the ball was in motion and there was very little I could do to stop it, even if I wanted to. I mean, I could have dropped the ball at any point in the process, but I didn’t, and there was lots of work to do around revision and editing and proofreading and arranging art that kept me busy all the way into spring of 2012.  That was an impressive resolution to make, though, the results of which were public and out there in the open for all to see, unlike most resolutions people make to drink less or eat less or lose weight or be nice–things that are very difficult for anyone other than the person making the resolution to see or keep track of.

So, I’m having some difficulty this year thinking of a suitable resolution.  Maybe I will resolve this year to make no resolutions.  Isn’t it true that people, on the whole, do things they really want to do, achieve the things they really want to achieve, and those things they don’t want to do or achieve, even if they’re really good for them, don’t get done–whether a resolution is made or not?  Maybe deep down I don’t want to drink less, eat less, lose weight, or be nice.  And most of the things I might resolve to do in 2014 (write more, finish the draft of the new novel, read more, record more, stress less, meditate)–these things just might happen anyway. But perhaps, even when a resolution is not kept, in part or in full, there is still some value in resolving to do something in the new year.  Just saying the words–especially in earshot of someone who might notice or care–might be worth doing.

It’d be nice, though, wouldn’t it, if resolutions could be more transformational and radical.  If resolutions could really shake things up, present real significant challenges, create profound  and lasting changes.  I imagine that some people accomplish these things with their resolutions, but I bet it’s more likely that these people are transforming their lives or the lives of others through a daily process of working toward some goal, some dream or another–it’s a part of their daily living and their way of being in the world and likely has nothing to do with a promise they made on New Year’s Eve.  This is just leading me down a kind of sad path as I realize how little agency I sometimes feel to make radical changes in my life–whether it is about some significant change professionally, creatively, personally, in my relationship to people and things, in how my values reflect or don’t reflect the way I actually live or work.  It’s an interesting, profound, and difficult question–if there were no limitations on things you could decide to do or try in the new year, what would you do? What would you try? What’s holding you back?  Would it help to make a resolution?

Filed under Culture, Publishing, Self Reflection, Writing and Reading