Diary of an English Teacher in His Penultimate Year, Redux: Kids These Days, Part Deux 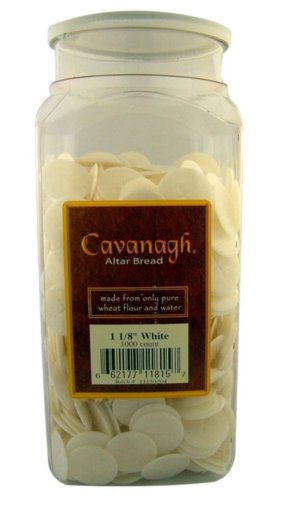 Apparently, for $16.36, you can buy a tub of communion wafers from Amazon. And I know this because a student of mine came to class the other day with a tub of communion wafers. He was passing them out. Snacks for his classmates. At first, I was just sort of dumbfounded. It was a brand new what-the-hell classroom moment, one that I admitted was a career first. In 30 years, no student has ever brought a tub of communion wafers to class. He offered me one, as he offered one to anybody in the room who was interested. I declined. Still in disbelief, I asked to look at the plastic tub: Cavanagh Altar Bread, 1 and 1/8 inches, white, made from only flour and water following historical liturgical guidelines in a gas fire oven, a thousand pieces. He bought them, I’m sure, because he could. It could have been worse. He could have pretended to be a priest, moving around the room from student to student, offering up a wafer to each tongue, speaking “the body of Christ,” to which each tongue would reply, “amen,” before taking the wafer fully into the mouth, chewing it or allowing it to dissolve before swallowing. He didn’t do that, (I want to say) thank God. I assumed the boy was not Catholic. His friend knew a little about the tradition, what it meant, its symbolic significance, the notion of transubstantiation, maybe he even said something like, “You’re eating Jesus, man.” I just remembered my childhood. 18 years of Catholic mass every Sunday whether I wanted it or not, a ritual about which I have since decided, not. And yet, there is still a Catholic roaming around inside of my bones, my heart, and my brain, and part of me was, or knew that I should be, deeply offended. And I knew, also, that there would be students in the room who would be, and would have every right to be, deeply offended. So, the party ended shortly after it began, maybe the whole thing lasted less time than it would take a person to read this paragraph out loud, and I said, “Put them away,” and a student in the back row looked at me; she nodded in approval.