Stuff, Stuff, Stuff; the Excavation and Removal (?) of Stuff; Holding On To or Letting Go of the Record of Me

A burst pipe (circa 1930) in the basement necessitates the removal of 40 some years of accumulated stuff buried in a storage closet we fondly refer to as “the scary room.” There’s a bunch of shit in there, we know, that needs to go, stuff that’s doing no one any good. Now that we’ve had to move it out in order to remove an old slab of water-soaked, rotten linoleum, we’re given this opportunity to check this stuff out, to finally look at what has hitherto been, you know, out of site and out of mind:  Old photos we never look at, in frames, in albums, in boxes, photos of René and I over the last 32 years, photos galore of our beautifully photogenic progeny, a whole lifetime of photos from my parents and their parents, super 8 family movies from cousins, storage crate after storage crate of holiday crap, boxes and buckets of various memorabilia, original packaging for gear and electronics and doodads back to which these various things will never return, and, of particular annoyance to my wife but of a kind of introspective curiosity to me, is tons and tons of old writings and art projects of mine: my first attempt at fiction as a 6th grader, album art for imaginary bands I was in, a couple of pieces from high school English, but tons of writings, almost everything I’ve ever done quasi-seriously, from 1984 to the present day, literally reams of college essays, research projects, writings about teaching, and boatloads of poetry, abandoned novels, and short stories. I posted on to facebook the question: why can’t I toss this stuff out? And someone replied (a former student of mine, if I’m not mistaken), that these things are my extra limbs.

I think she’s right, to a certain degree. Someone very wise once said that we are not our writing, but rather, our writing is a record of moments moving through us. Fine. I get that and agree with that. No longer limbs, they are vestigial limbs, part of my evolution as an artist, a snapshot of me throughout various stages of my life, much more vivid and certainly more revealing than a photo. And yet, will I read this stuff ever again? Well, I read some of it today and it both embarrassed and impressed me. The 6th grade fiction was clearly terrible, but perhaps not for a 6th grader. This kid wrote like 400 pages. The stuff I wrote very early in college was perhaps more embarrassing, because I saw myself there as a very silly young person who was preoccupied with his own overblown sense of cleverness. Maybe not until I’m 20 or 21 do I start to develop some skill, I start to develop something of an authentic voice, I begin sketching the outline of the issues and themes that would become my obsessions and wouldn’t find themselves into novels of somewhat mature fiction for another 15 years. Some of the poetry I wrote when I was 20 I still think is pretty darn good.

So I decided today, for the most part, for better or worse, to hold on to the record of me. Interestingly enough, and maybe not at all surprising, is that the academic stuff I had very little difficulty discarding. I tossed report cards and transcripts. I tossed my CBEST and NTE results. I tossed essays about books I was studying as an undergrad. I tossed blue books. I tossed creative work that I had done as exercises in response to books I was studying. The original fiction and poetry, however, and the journals, I could not toss because I found those held a much more indelible impression in my memory of self, like, yeah, I remember these pieces. I’ll keep these. And maybe that’s what it’s about. For as long as I live I have a record of my life and my thinking unlike the record that most people have, which is primarily photographic and, even less reliable, residing only in the memories of people whose lives they touched. At some point in time, all of that disappears. I have no narcissistic delusions that the written detritus of my past will be of any value after I’m gone to any number of people, but while I’m alive it might be of value to me in my never-ending pursuit to know this strange individual that inhabits my body a little bit better. And I can’t imagine what it might be like to discover a similar trove left by my father or mother. They left me nothing of the kind–maybe a few letters, a couple of love poems. But my son will have a field day, if he’s interested. And he may not be. It’s a chance I am willing to take. 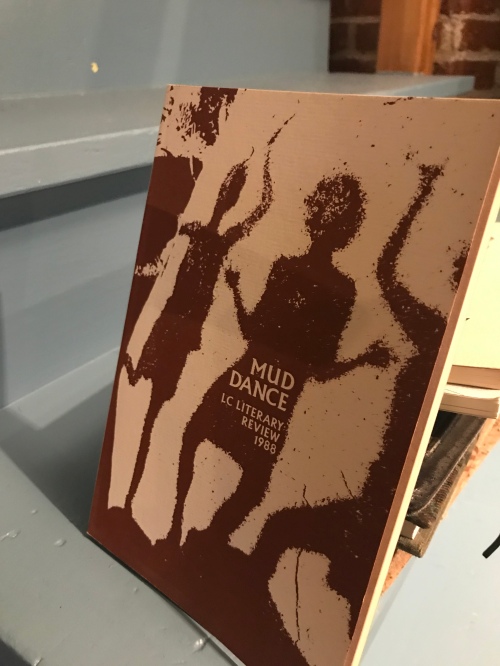 The LC Review: my first published work of note 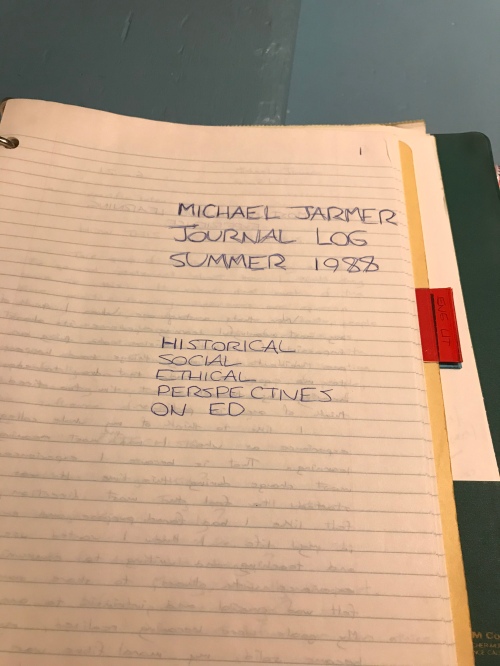 I think I kept this one. I’m embarking on a career! 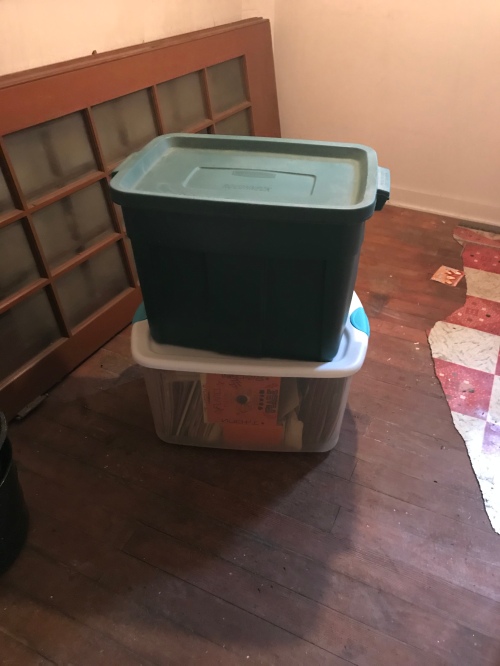 Filed under Self Reflection, Writing and Reading

Tagged as a writer's development, accumulation of stuff, artistic evolution, cleaning out the basement, finding things in your basement, holding on to old creative work, holding on to old things, leaving a record, old writings, personal evolution, purging old things, simplify, the development of a writer, writing, writing fiction, writing fiction and poetry